Market Slows Down Slightly in June

(Fort Myers, FL – July 23, 2018) – The Lee County housing market slowed down slightly in June, according to the latest data released by Florida Realtors®. However, that dip is typical for the beginning of the summer months in Southwest Florida.

Other changes were minimal both for Single Family Homes and Townhouses and Condos last month. Median Sale Price for Condos was up 7.3%, while the inventory dropped 6.5%. The number of active Single Family listings was up 5.1% and the inventory was up 6.3%.

The biggest year-over-year changes come from city breakdowns as well as price points. The largest drop was in Estero, where there were 25 fewer closed sales on Single Family Homes last month – a drop of 33.3%. Fort Myers Beach had the biggest jump at 18.2%. 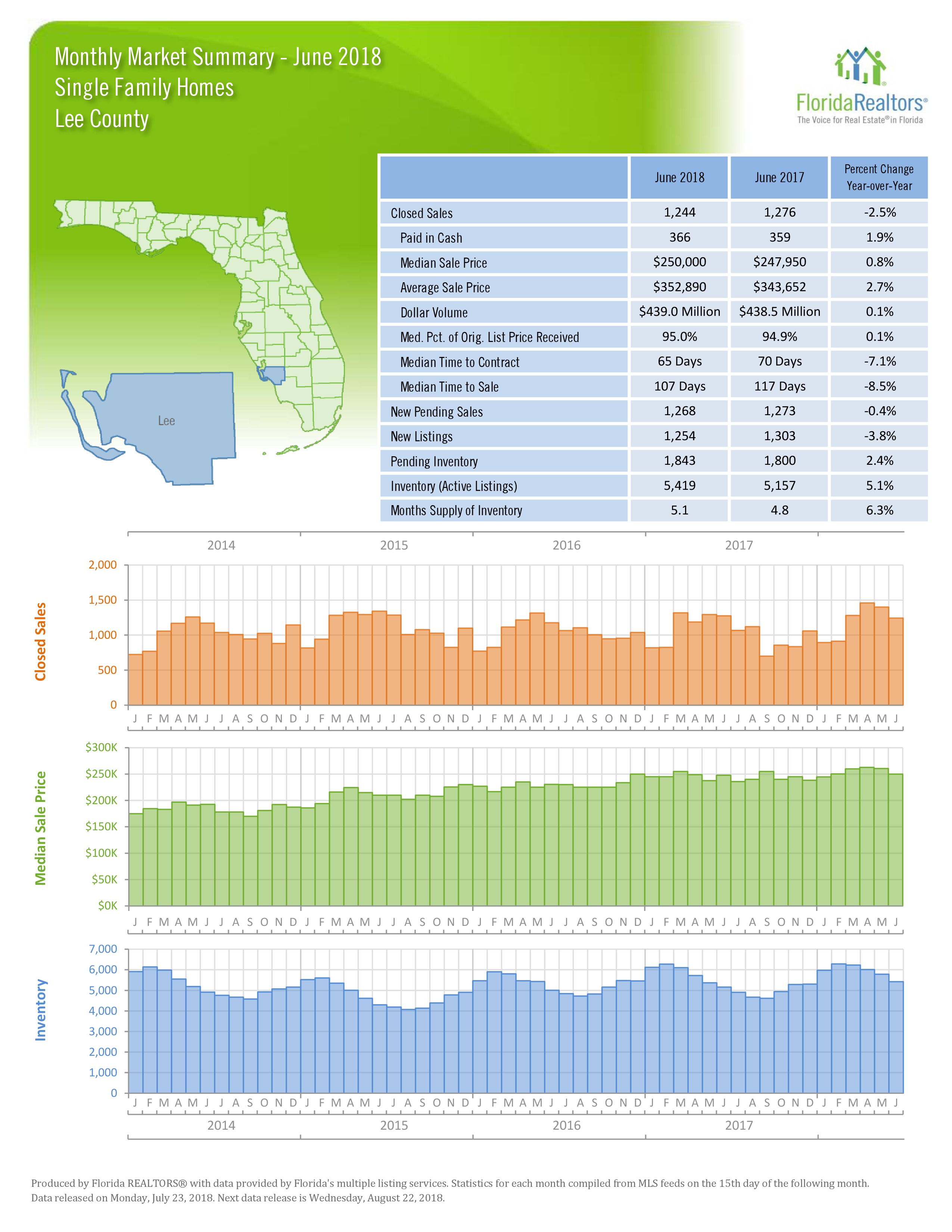 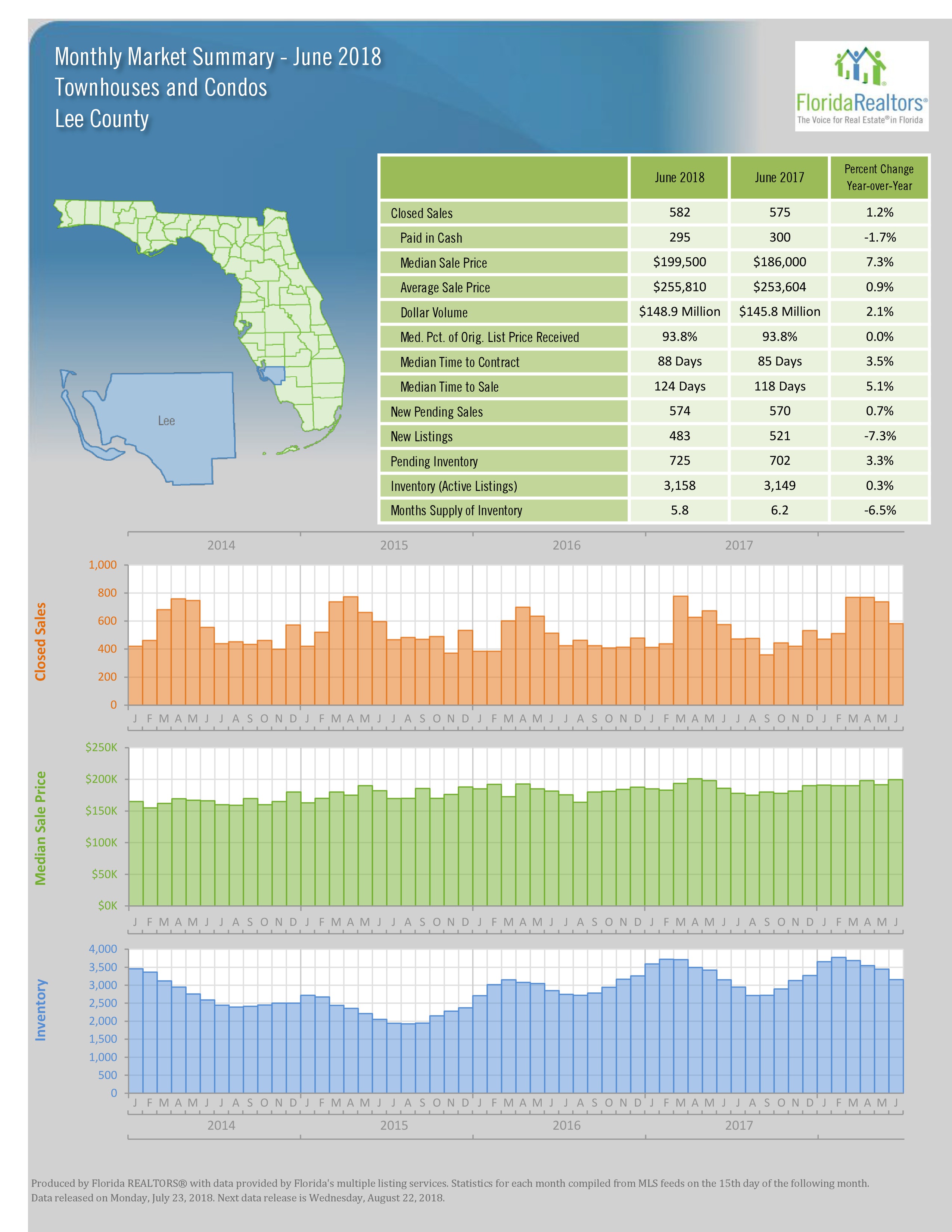 Naples, Fla. (July 13, 2018) – Activity in the Naples area housing market during the Second Quarter of 2018 remained steady in comparison to activity during the Second Quarter of 2017. According to the 2Q 2018 Market Report released by the Naples Area Board of REALTORS® (NABOR®), which tracks home listings and sales within Collier County (excluding Marco Island), overall closed sales increased 2 percent to 2,926 properties in the 2Q of 2018 from 2,880 in the 2Q of 2017. But in the $2 million and above single-family home market, closed sales rose 25 percent in the 2Q of 2018, which—along with other market indicators—leads many broker analysts to believe that interest in luxury homes will remain in high demand.

“Inventory in other parts of the state and nation are stretched thin, hovering between 3 and 4 months of inventory, but Naples enjoys almost 7 months of inventory,” said Budge Huskey, President, Premier Sotheby’s International Realty. “What’s even more impressive is that we have such a great selection of homes for buyers despite the recent increase in sales and still having some undergoing repairs from Hurricane Irma.”

“We are seeing a very different sales environment locally from that of 10 years ago when home sales in northern states stalled,” said Coco Amar, a managing broker at John R. Wood Properties. “But now that homes are moving fast up north, sales of high-end single-family homes in Naples are stronger than ever.”

“It’s hard to ignore the increase in interest for ultra-luxury properties,” said Huskey. “A $48.8 million sale for a home in Naples is impressive, but when you learn there was a second potential buyer who was considering the property you know what type of buyers are in the market.”

According to Adam Vellano, West Coast Sales Manager, BEX Realty – Florida, there were four property sales over $10 million during the 2Q. “It’s possible the new tax laws are impacting people’s minds about residency and we’re benefiting from it.”

Brokers analyzing the market report agreed that multiple offers on luxury properties have risen. But whatever factor(s) is driving the increased interest, closed sales of luxury homes over $2 million are positioned to rise again as the stage has been set in the 2Q where pending sales in this price category increased 22 percent for single-family homes and 32 percent for condominiums.

As pointed out by Vellano, sales of single-family homes near Naples Beach and in the expanding North Naples area saw the greatest increase during the 2Q, and condominium sales in Central Naples outpaced all other home type sales during the 2Q. “According to the report, we averaged 30 transactions a day during the 2Q,” said Vellano. “That’s good news for REALTORS® as we move into the summer months.” 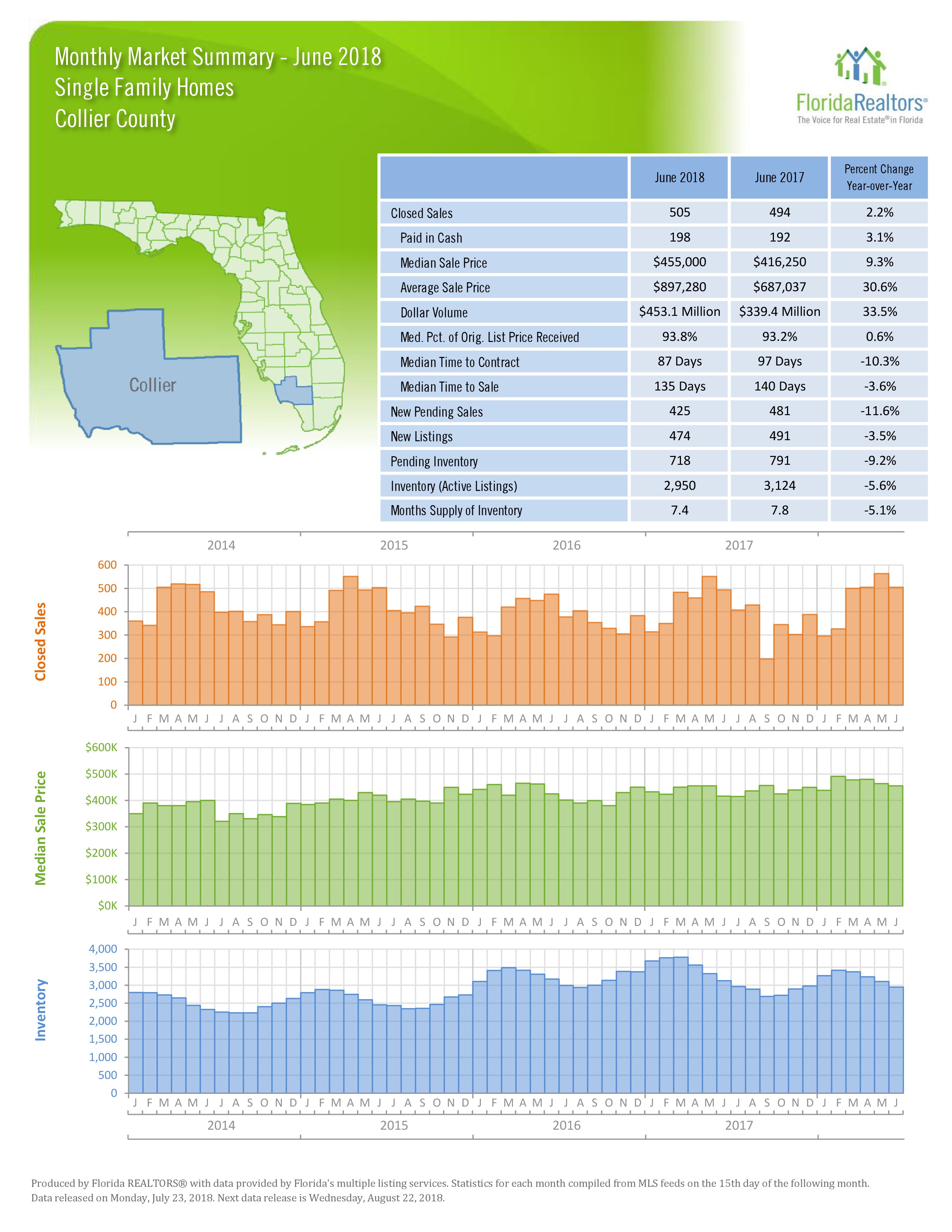 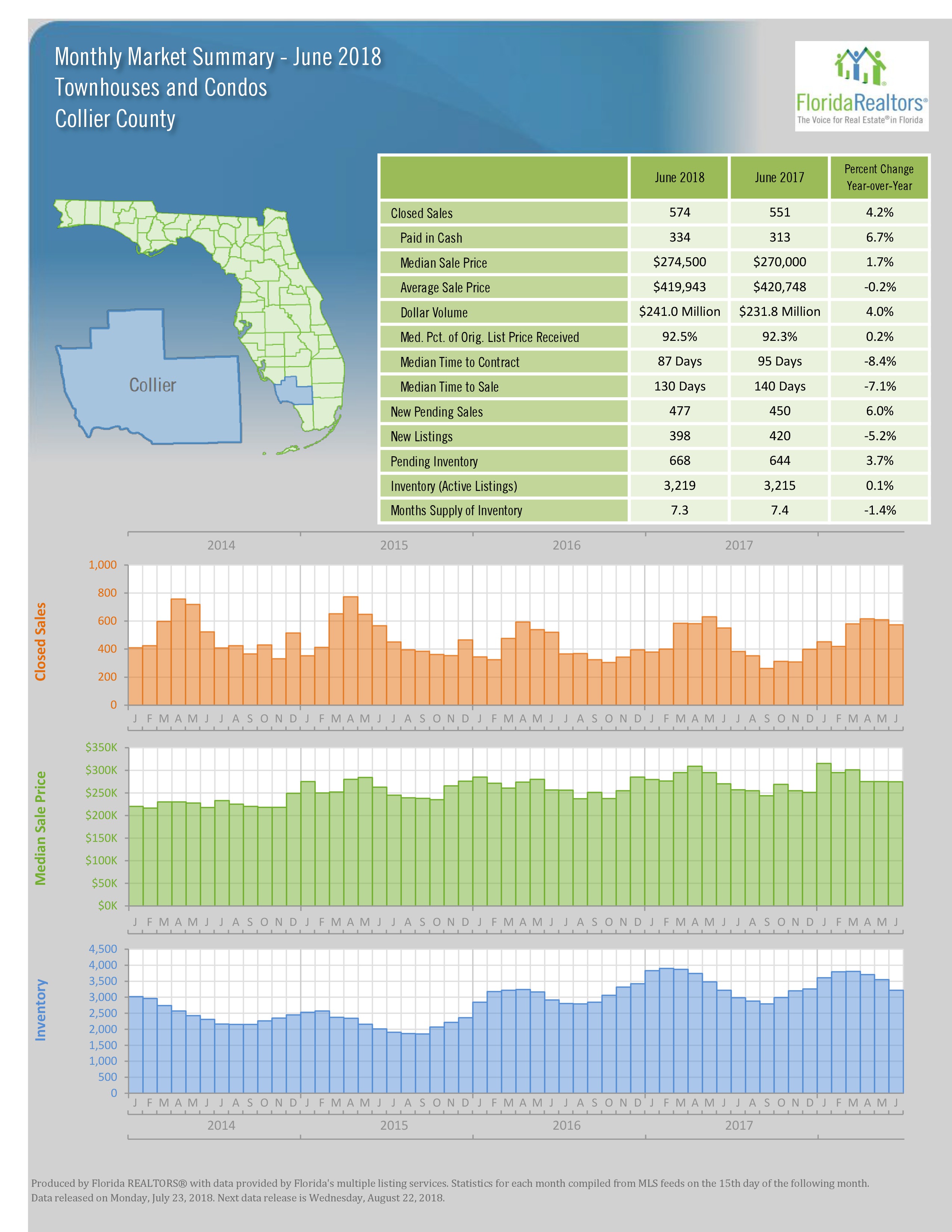